Here, you earn it. You’ve come further, reached deeper, wanted more. Because here, adventure is real. But the rewards? Unreal. This is #TheRealStoke.

Tucked between the Monashee and Selkirk Mountain Ranges of southeastern British Columbia, Revelstoke abounds with natural beauty. It is located in the world’s only inland temperate rainforest.

Revelstoke is on the territory of the the Sinixt First Nation. The Secwepemc, Ktunaxa, and Syilx First Nations also have traditional land use in this region. When the first settlers came to Revelstoke in 1885, they didn’t recognize this area as the territory of the Sinixt people. The traditional land use and hunting rights of the Sinixt were ultimately disrupted by the fur trade along the Columbia River.

Revelstoke has its roots as a railway town. Rail, forestry and natural resources are the industries that built and sustained the town for more than 100 years. Revelstoke was once one of the largest and most prominent communities in the interior of the province, mostly due to its importance as a railway centre. Steamboat traffic from the south connected with the Canadian Pacific Railway making this an important transportation center. While we no longer seem steamboat traffic up the Columbia, those industries are still a big part in the economy and personality of the area. Revelstoke is home to the Revelstoke Dam, one of the largest generators of power in BC. A thirst for adventure has also characterized the town from its beginnings. Norwegian immigrants brought skiing and ski jumping to Revelstoke, and by the 1910s, several ski jumping hills had been built around town. The Revelstoke Ski Club is the oldest ski club in British Columbia. In the 1960s, a ski hill first appeared on Mount Mackenzie, where Revelstoke Mountain Resort is now located. Revelstoke continues to be a hub for winter sports of all kinds.

Revelstoke has long been a destination for mountaineers, hikers and explorers, and was historically referred to as “the capital of the Canadian Alps”. Both Mount Revelstoke National Park and Glacier National Park offer opportunities for mountain recreation, as do the many other recreation sites and parks in the area.

Revelstoke is the perfect base for an adventure, but our passionate residents have created a town that encapsulates the diverse interests of the people who live here. From live music to locally made art, the Revelstoke arts scene has it all. Beautiful scenery, warm people, endless adventure and a wealth of arts and cultural experiences can be found year-round.

THE STORY BEHIND OUR BRAND

Revelstoke's logo is derived from one of our original train station signs. Originally hand painted, the wordmark has varying 'E's, offset strokes, and a period at the end. The logo honours our history and the people and industries that built our community.

Learn more about our brand 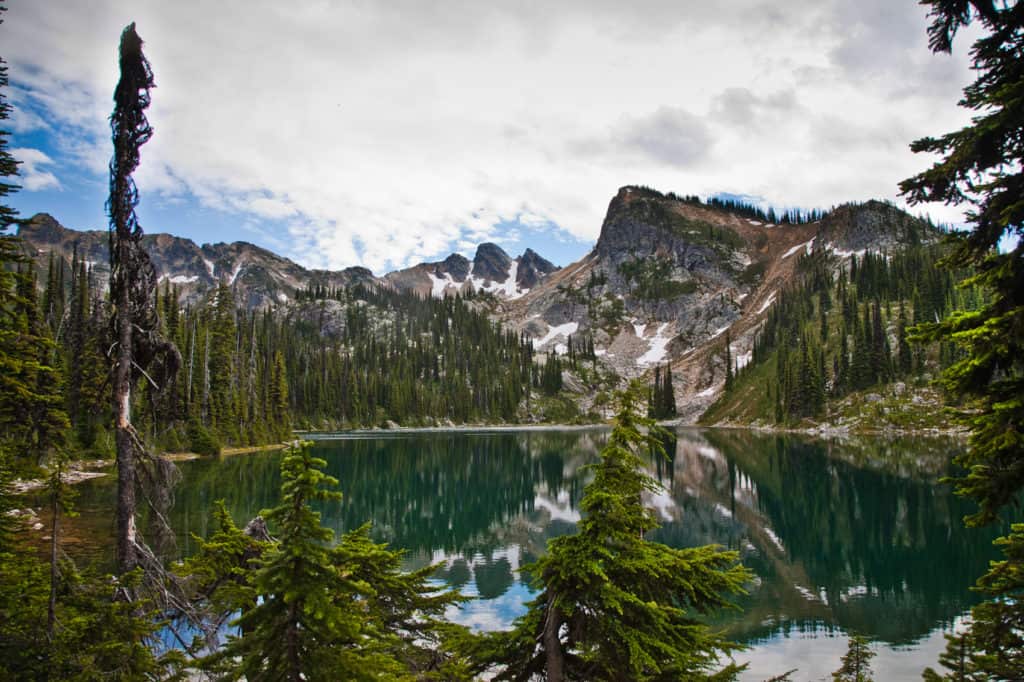 Sustain the Stoke: Stop the Spread of Invasive Species Where it all began: over 100 years of ski history in Revelstoke Over 50 Years of the Revelstoke Snowmobile Club

What is that mountain? Hide Mount Begbie is Revelstoke's most identifiable mountain peak. It dominates the Monashee views to the south of town. You'll find the easily recognizable outline of Mount Begbie throughout our website.

Learn about Revelstoke's iconic peaks
We use cookies on our website to give you the most relevant experience by remembering your preferences and repeat visits. By clicking “Accept”, you consent to the use of ALL the cookies.
Cookie settingsACCEPT
Manage consent

This website uses cookies to improve your experience while you navigate through the website. Out of these, the cookies that are categorized as necessary are stored on your browser as they are essential for the working of basic functionalities of the website. We also use third-party cookies that help us analyze and understand how you use this website. These cookies will be stored in your browser only with your consent. You also have the option to opt-out of these cookies. But opting out of some of these cookies may affect your browsing experience.
Necessary Always Enabled

Performance cookies are used to understand and analyze the key performance indexes of the website which helps in delivering a better user experience for the visitors.

Analytical cookies are used to understand how visitors interact with the website. These cookies help provide information on metrics the number of visitors, bounce rate, traffic source, etc.

Advertisement cookies are used to provide visitors with relevant ads and marketing campaigns. These cookies track visitors across websites and collect information to provide customized ads.

Other uncategorized cookies are those that are being analyzed and have not been classified into a category as yet.

WHILE REVELSTOKE IS CURRENTLY NOT THREATENED BY ANY OF BRITISH COLUMBIA’S WILDFIRES, THERE HAS BEEN MODERATE TO HEAVY SMOKE IN THE AREA RECENTLY.